Is there a non-material nature of mind? 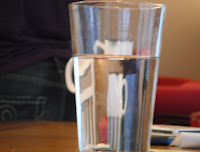 Excerpts from "The New Story of Science: Mind and the Universe" by Robert M. Augros and George N. Stanciu

"It seems to be certain that it will always be quite impossible to explain the mind on the basis of neuronal action within the brain" (p. 34)

"...if the mind and the will are non-material, then these faculties are, in the words of [Sir John] Eccles, arguably 'not subject in death to the disintegration that affects...both the body and the brain."

Excerpts from "What Happens When We Die?" by Sam Parnia, M.D., Ph.D.

"The problem facing science today is where does our consciousness - our free will, conscience, feelings, thoughts, and emotions - actually come from, and how is it produced?" (p. 167)

"The majority of scientists currently support the view that brain processes somehow lead to the formation of consciousness...There are, however, other scientists, including the Nobel Prize-winning neuroscientist Professor Eccles, who have supported the theory that the mind is a separate entity that cannot be reduced down to brain-cell processes" (p. 167)

"My view is that ultimately everything, including issues that may be considered theological or philosophical, is amenable to the objective assessment of science. I acknowledge that should it be discovered that mind or consciousness can exist at the end of life and independently of the brain, this would support the theological and philosophical concept of an 'afterlife' and would suggest that the age-old concept of the 'soul' is the same as what scientists now call 'consciousness' " (p. 175)
Posted by Leora Platte at 8:52 PM